This is your grant tracking thread. Below, you will find information from your original grant.

Success Criteria
1. ChockaBlock is fully open-source and documentation is available for any reasonably skilled developers to be able to spawn up the ChockaBlock stack.
2. Addition of a few features mentioned previously to increase the usefulness of the tool.

Timelines and Milestones
The work will be spread over the course of 6 weeks, as I will work on it on my spare time.

Budget
2300 FCT covering the 3 points of the grant.

Today is your grant start date! We look forward to regular updates from your team.

When you are ready for the final determination poll, first summarize the grant and self score then go to the thread tools dropdown at the top right and select "Create Final Determination Poll".

LUCIAP
Core Committee
Core Developer
I have now made all ChockaBlock repositories public: 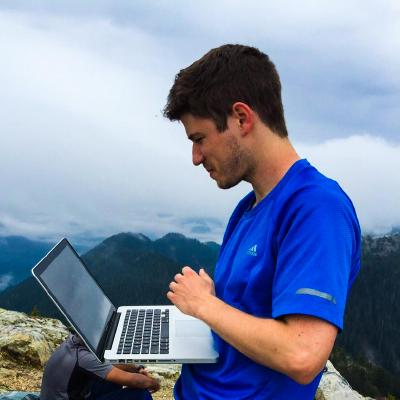 Load testing tool for the Factom blockchain. Contribute to PaulBernier/chockablock development by creating an account on GitHub.

ChockAgent. Contribute to PaulBernier/chockagent development by creating an account on GitHub.

I wrote comprehensive README that should allow any developer to develop, build and deploy the ChockaBlock stack. Feel free to reach out to me if you encounter a problem.

I will be adding a few polishing, nice-to have features in the next weeks to complete this grant.

LUCIAP
Core Committee
Core Developer
I have now implemented (and deployed) the feature mentioned in the grant about allowing the load tester to select specific chockagents to be used to apply the load (previously all connected chockagents were receiving some work). That improves the usability and flexibility of the tool.

LUCIAP
Core Committee
Core Developer
Today I have implemented a feature for the agents to report the block height of the blockchain they are applying load to. Now the chockblock operator can get some basic visibility on the health of the node associated with an agent, allowing him/her to stop the load and rebalance with other agents if necessary.

Here's a summary of what has been achieved:

1. Source code of both chockablock server/UI and chockagent is fully open-source:
2. I have added documentation to the repos so that 1. any developer can extend the software, 2. any person can deploy its own version of chockablock.
3. I have implemented the few minor features promised that improve overall usability of the tool. Note that I replaced the 'note attachment' feature mentioned in the initial thread by the addition of the agents reporting blockheight to the server. I did that because it's a more useful feature in my opinion (also nobody asked for the 'note attachment' feature, that was my own idea).

All the success criteria have been met and the deliverable are available, as such I deem this grant successful. Because it's relatively rare to have a grant deliver 100% of its promises 10 days ahead of its deadline while also providing regular updates, I will indulge 1 bonus point and will self assess this grant as a 7.

Feel free to ask any question during the voting period! Thanks.

The final determination poll has been created, and will be open for 5 days. Use the following rubrik when scoring:

Cube3
Governance Working Group
Load testing is critical to exploiting testnet and developing both the core code and 3rd party software. ChocaBlock is exactly what we need and these developments add to it's useability. Thank you for delivering as promised, ahead of schedule.

I briefly looked at the repositories and could not find any tests . Surely I must have overlooked something

LUCIAP
Core Committee
Core Developer
I was expecting Anton to come at me for tests, given the hard time I gave him for his grants

The whole stack was tested a fair amount locally. I had some helped scripts for personal testing but those would be hard to turn into automated tests.
So there is indeed no UTs or ITs checked out in those repos, let's try to understand why and if there is opportunity for some relevant tests:
ChockaBlock remains an "internal" tool to the protocol, not meant to be used or deployed by the general public. Investing big amount time in automated end to end or UI testings seemed disproportionate to me relative to the scope. That said I will gladly add the few UTs that I mentioned above by the end of this weekend.
Last edited: Jun 21, 2020

BI Foundation
Core Committee
Well as you know tests are a vital part of any software product, including UIs and/or software with low algorithmic complexity. Internal or external project should not matter, unless it is a POC.

This product has a client server model and integrates with an external product. Tbh not something you want to develop without tests.

LUCIAP
Core Committee
Core Developer
We can call it a PoC if you want. I will implement the unit tests I identified as reasonable. I will not implement the UI tests nor the end to end stack tests. For how many months have you worked on this CI/CD testing for the testnet? Quite a few I believe, and those represent a much easier endeavor than what I would have to do to set up an end to end testing of the ChockBlock stack. That gives you an idea of the effort and time that'd require. So I will stick with realistic expectations for this project.

I will update this thread with reference to the new tests tomorrow.
Last edited: Jun 21, 2020

Not sure what setting up CI/CD in-house infra has to do with stuff like creating actual tests, which could even be mocked and which doesn't need infra on a unit level. That you make tradeoffs on the level of testing is completely understandable

I guess I am a bit surprised to not see any tests when you bring something to the community as a vital open-source network load testing tool. Especially if you have seen the quality in Factom-js and words to Anton which quite clearly show you take your profession very seriously (as everyone should)

LUCIAP
Core Committee
Core Developer
Sure, thank you for your remark and holding me accountable. Here are the UT/IT I wrote covering all the server side logic that orachestrate load agents:
I did add some integration tests with the database (using in memory MongoDB), with fct.tools and around the websocket server/client.

BI Foundation
Core Committee
Cool thx Paul, will have a look at it later. At least we can vote positively now

The final determination poll has now closed. The final score is 7.19, with 16 total counted votes. The grant has been determined to be successful.
You must log in or register to reply here.
Top