This is your grant tracking thread. Below, you will find information from your original grant.

There is also oversight on this grant being provided by the Sponsors, there is 300 FCT each for a total of 900 FCT.

Today is your grant start date! We look forward to regular updates from your team.

When you are ready for the final determination poll, first summarize the grant and self score then go to the thread tools dropdown at the top right and select "Create Final Determination Poll".

Factoshi
Please see the charts linked below. Inc has barely touched factomd for over a month. Is work still ongoing? 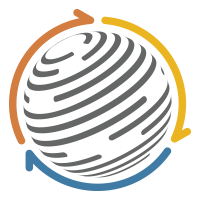 Factom Daemon . Contribute to FactomProject/factomd development by creating an account on GitHub.

Factoshi
Is this grant now complete? Can we get an update?

@Brian Deery @Nolan Bauer @Factomatic @David Kuiper @Factom Inc., your specified completion date has now passed. Will you please update us on the status of your grant?

If it is completed, please first summarize the grant and self score then go to the thread tools dropdown at the top right and select "Create Final Determination Poll".


The December 9 - March 9 2020 Factom, Inc. Protocol Development Grant (018) was successful and accomplished the goals set out in the beginning. Both of the metrics that were set out in the grant were met. We had no incidents in this grant period (no pauses or reboots of the network). We did have a pause on January 7th from which we rebooted pretty quickly. We did fail to note the pause at the time through our reporting of network health. This is a pretty important thing to do, so we will endeavor to report correctly in the future.

None the less, the past months have been very stable. We can attribute this consistency both to fixes deployed over the course of the previous grant, good management of nodes by ANOs while upgrading and maintaining servers. None the less, Factom Inc. remains at ready should an issue arise, and in this Factom, Inc was fulfilling the maintenance side of the Development Grant.

Community development efforts also continued through this grant period. Weekly community developer standups helped coordinate efforts with non-Factom, Inc people. Regular attendees were Sander and Laurens from the Sphereon team, as well as Michael from Factable. Sphereon's team did transition out of the standups as they did not reapply for core development in the next round.

There were several releases during the grant period. While the releases were based on the current codebase, they included improvements that will feed into the refactored codebase.

The Sphereon team made significant progress on the livefeed API during this grant period, and integrated LiveFeed into the Wax branch (which holds our refactoring work).

Both the maintenance and the refactoring efforts were well exceeded during the grant period and our self-evaluated the performance of this grant as a 7. Thank you for your support
Last edited: Apr 20, 2020

@Brian Deery, it has now been 30 days since your grant was to have been completed. Will you please update us on the status of your grant?

If it is completed, please first summarize the grant and self score then go to the thread tools dropdown at the top right and select "Create Final Determination Poll".

This grant was executed from December 9, 2019 to March 9, 2020. Our final report contains a summary of the work completed, a timeline of major events, and our recommended score as sponsors.

The grant application is available here. There were two stated success criteria:
Factom Inc’s self-determination of this grant is a 7, meaning Overachieved - Successful. Their final report has been posted to Factomize. https://factomize.com/forums/threads/factom-inc-21-protocol-development.2570/#post-26222

These reports cover the work completed for this grant period.
Major Events

Most of the refactor work during this grant period has been rolled up into this branch: https://github.com/FactomProject/factomd/commits/FD-1225_wax_rollup

Items that have not been rolled up are tracked in Github project card contained in this branch: https://github.com/FactomProject/factomd/compare/FD-1276_msg_ordering2

The following scoring rubric will be used for this grant per Doc 106:

As sponsors, we believe Factom Inc adequately completed the stated goals during this grant period and a score of 6 is appropriate, meaning “Achieved”.

We will post the success determination poll to be voted on by the standing parties.

The final determination poll has been created, and will be open for 5 days. Use the following rubrik when scoring:

The final determination poll has now closed. The final score is 5.91, with 11 total counted votes. The grant has been determined to be successful.
You must log in or register to reply here.
Top